THE HISTORY OF THE FIAKERHOF

300 YEARS IN MOTION – FROM FARM TO LUXURY VACATION ACCOMMODATION

The original building was already built around 1720. An ancestor, “Schweizer Franzl”, born in 1868, made a living as a mountain guide. His guide books show that in the summer of 1902 he climbed the Zugspitze, Germany’s highest mountain, 68 times with his guests.

Like almost all the estates in the valley, the Fiakerhof was built as a farm. Originally, two families shared the house, inhabiting one half each. In the middle of the house, there was a big gate, through which the wagon, loaded with hay and straw, drove in and which also served as the front door. In today’s Fiakerhof this has remained the main entrance, and here the old quarry stone wall is still visible.

Around 1920 tourism came to the region of “Werdenfels”. As an addition to the rather meager income through agriculture, summer tourists were taken in. During the summer holidays, the whole family would move to the attic, leaving the good rooms (preferably the ones to the south side with a balcony) to the “gentlemen”. At first, there was only an outhouse in the garden, later on, a toilet was installed in the house and then also a shared shower.

In 1966 the second half of the house could be acquired and everything was “extensively renovated”. Then there were also rooms with shower/toilet. In 1992, the agriculture was outsourced, the stable part demolished and rebuilt with cozy apartments. In 1998, the current barn property with the cottage was added and the horses got a “luxury accommodation”. This way Franz Erhardt got a lot more space for hay and straw and his various carriages. In 2013, the Fiakerhof’s apartments were renovated in a cozy rustic chalet style.

With the grand opening of the hotel “Werdenfelserei” in 2018, there is an alternative to Fiakerhof for guests looking for more freedom and spacious, cozy apartments. The Fiakerhof is only a few minutes away from the Werdenfelserei and is located in the district of Partenkirchen. 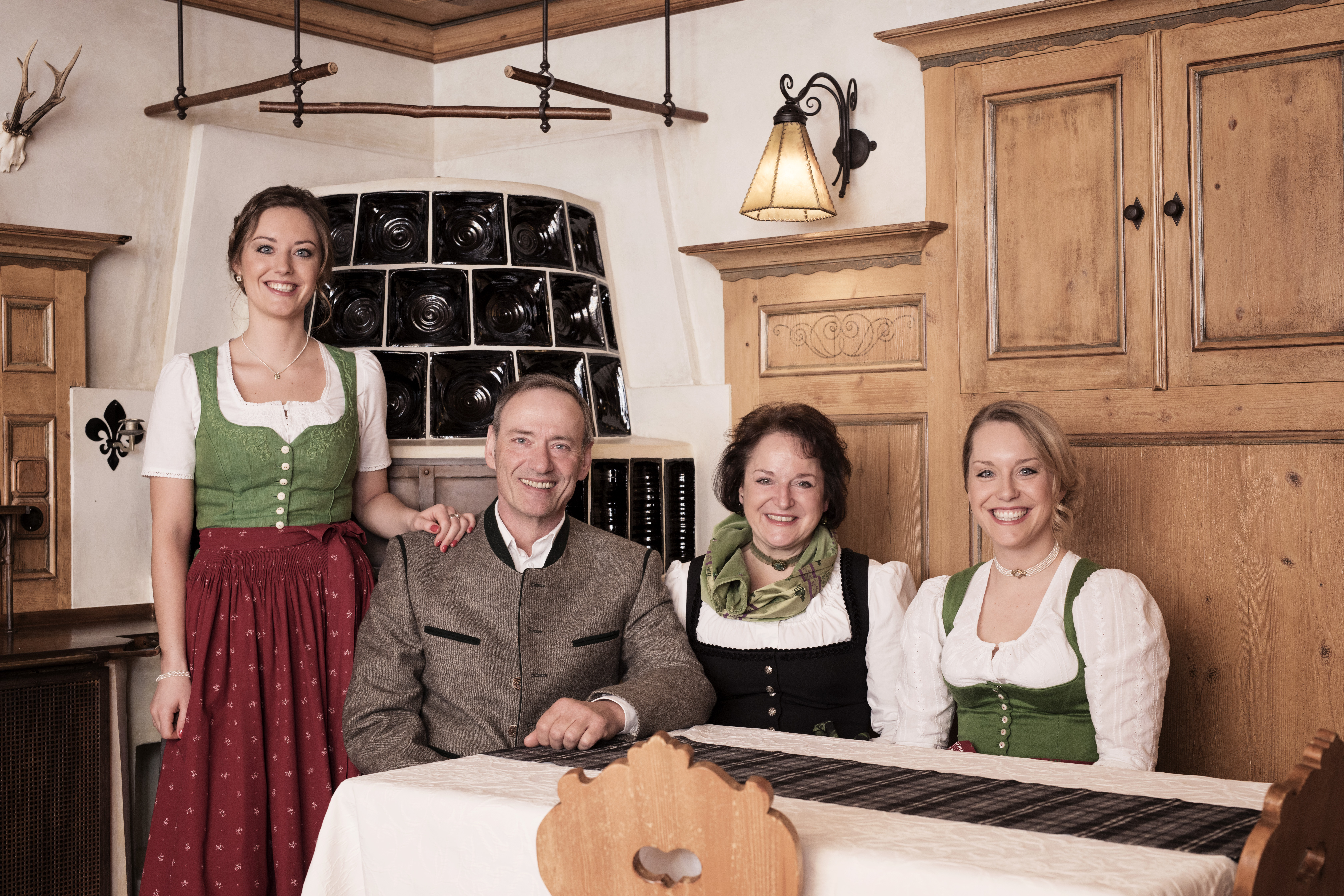